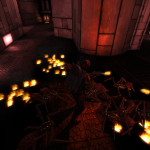 This release we focused on our spring cleaning effort, fixing showstoppers and improving the user experience of the game; read on for what’s new! 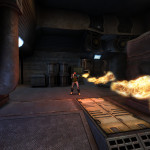 Spring is in the air, warm winds are blowing in, and a new release of Unvanquished has arrived. What’s new in this release? Plenty! For our renderer, we now have auto-softening for all sprites, so that all particles now take advantage of the soft particle feature without having to explicitly call it. In addition to further … END_OF_DOCUMENT_TOKEN_TO_BE_REPLACED 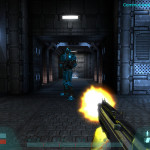 We’ve long been asked about what will be in our upcoming beta release. Check here for all the cool, exciting features to come! It’s closer than you might think! Google Chrome integration Due to having added Google Native Client for our VM system and HTML/CSS support from libRocket, we have now been able to fully … END_OF_DOCUMENT_TOKEN_TO_BE_REPLACED 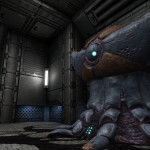 For the third anniversary of Unvanquished’s first release, we are proud to present to you an engine milestone in Alpha 37! 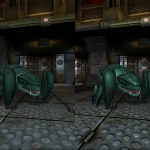 Another thing we’ve made progress on over the years is our array of special effects. These include things in our renderer (inherited from XreaL), as well as 2D and 3D artwork integrated into the game. We’re always in the process of adding more and refining what we’ve already got, in addition to the underlying renderer … END_OF_DOCUMENT_TOKEN_TO_BE_REPLACED 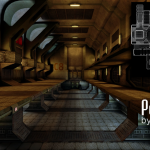 Unvanquished ships with its own stock set of ten maps, ranging in size from small maps meant for clans to duel on, to larger ones meant for huge public games. Our maps have all been made by members of our development team, and are continuously updated across our release cycle. Some maps have been upgraded … END_OF_DOCUMENT_TOKEN_TO_BE_REPLACED 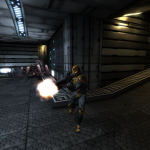 One thing we’re asked often is, what changes have been made to the gameplay since Tremulous? Here’s a look! Listed below are the major changes, not including more subtle re-balancing or tweaks to individual attacks. We are changing things all the time, and things are still in-progress, so this list is only representative of what … END_OF_DOCUMENT_TOKEN_TO_BE_REPLACED 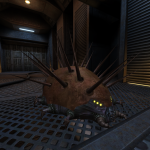 Our latest alpha release is a big one! We have two new models, two mapping updates, gameplay progress, and plenty going on behind the scenes. First, let’s go over the new models. We’ve got the repeater, which means that of this release, all human building models are finished! As for the alien team, we have … END_OF_DOCUMENT_TOKEN_TO_BE_REPLACED 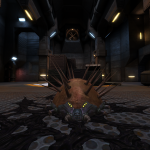 Our latest gameplay addition is the spiker, a new structure for the alien team. Much like the rocket pod, the spiker is available fairly early on during expansion, unlocked at the same time as the advanced marauder and dragoon. It functions as a living proximity mine, and when carefully placed, can pose a seriously nasty … END_OF_DOCUMENT_TOKEN_TO_BE_REPLACED 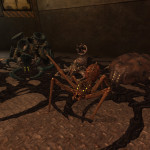 Much like 2013, 2014 was another major step ahead for us as a project. It’s been our second full year of releases, considering that in 2012 our very first alpha release was on Leap Day of that year. The project has matured considerably past its roots as a Tremulous mod, and we’ve made large strides … END_OF_DOCUMENT_TOKEN_TO_BE_REPLACED