So, here are some things we’ve been working on this month for the next alpha release.

Art-wise, we’ll very likely have the new turret made by chris807, once he finishes up his texture for it and we give it some animations. This will be our first new human building in-game, and it already looks quite awesome, despite not being finished yet! Below, you can see a shot of it in-progress. It has an ammo box, a rotating barrel, and swivels around.

We also have a new effect for the grenade, made by Stannum. Unlike the old, tiny column of fire that didn’t properly convey a sense of splash damage, this explosion effect is much more showy. There’s a rapid explosion, leaving behind a cloud of smoke and some brief flashing in the air. The gray cloud is hard to see through, so I suppose in some situations you could count it as a smoke grenade. 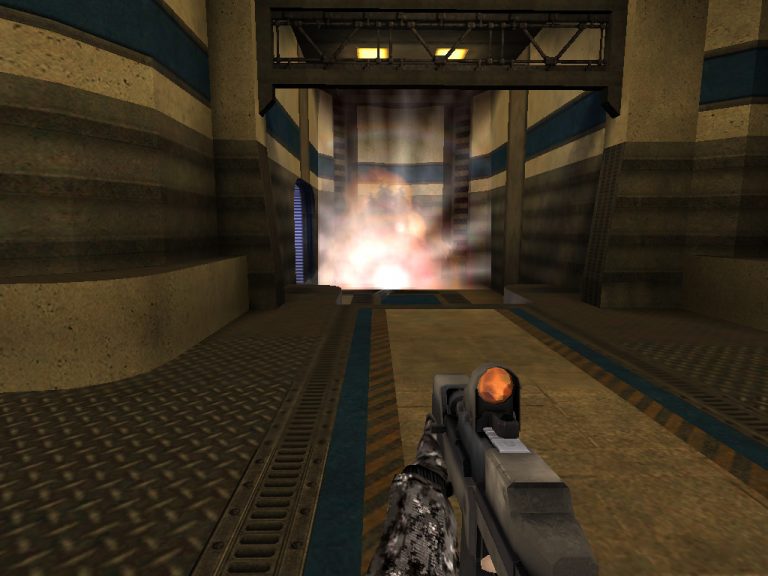 Stannum has also been working on some of his weapons, namely the shotgun and lucifer cannon. As he makes more progress on the weapons, I’ll report some more news on them. Take a look at his concept art for the lucifer cannon to get a good idea for the shape of it: 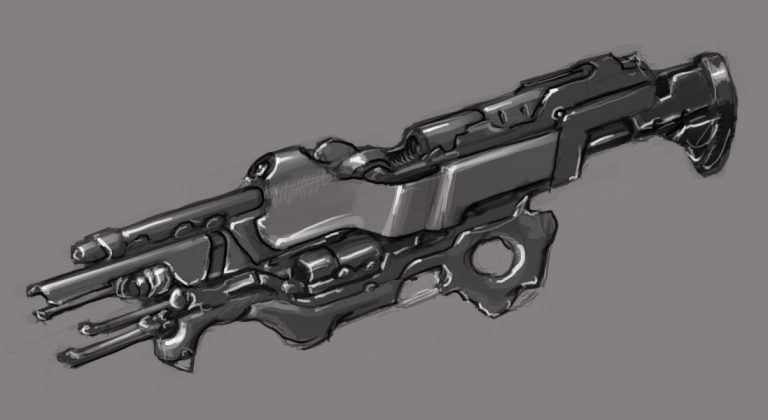 Meanwhile, gavlig has been working on animating the human model, made by Angelo. It’s a bit early to show anything, but as he makes more progress on it, he’ll likely be posting his animation videos as usual. He plans to make him more expressive than the old human soldier. For example, he’ll show some hints of exertion while running around and jumping, he’ll display reactions to pain, and his taunt will be more detailed. You can always bet on gavlig to do a great job animating, and I can hardly wait myself! Here’s the human model, in case you missed it:

We also have a new overmind in the works, made by a cool new member of our team, Osiris. Once it’s been textured, I’ll give you all a sneak peak at it. It’s really big and intimidating! In addition, we may have the new egg soon, made by the venerable dandoombuggy. In case you ever missed it, here it is: 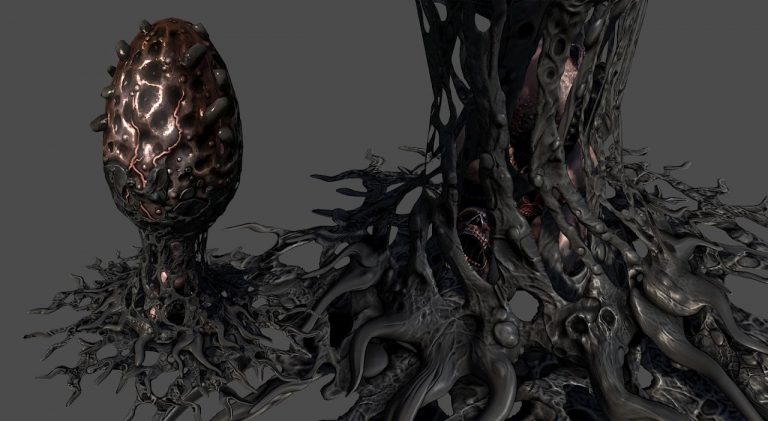 In a couple of weeks, or even sooner, we’ll have our new site up, designed by Akele. As you can see, it looks much better than the old “Coming soon” page we had earlier! The site will have better integration with the blog, a gallery, and some other things to make it look more attractive. 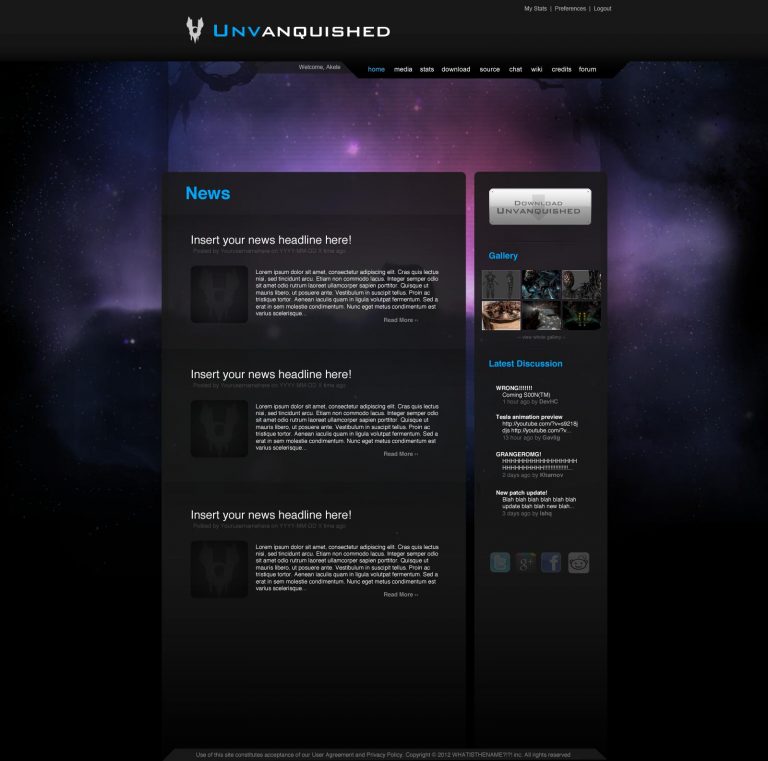 Engine-side, we’ve been working extensively on optimizing things. Fuma has been doing a lot of work getting rid of redundant code and cleaning up the codebase, while also getting rid of some memory leaks. Ishq and Anomalous have been fixing up some of the bugs present in the last release, having already put out hotfix updates.

Qrntz has been getting his server browser Osavul ready for release. It’s being made in Qt, and as I’ve previously reported on it, you can filter by game type, search for players, and chat on IRC with the built-in client. It also has system tray and localization support. Here’s a screenshot of how it looks now: 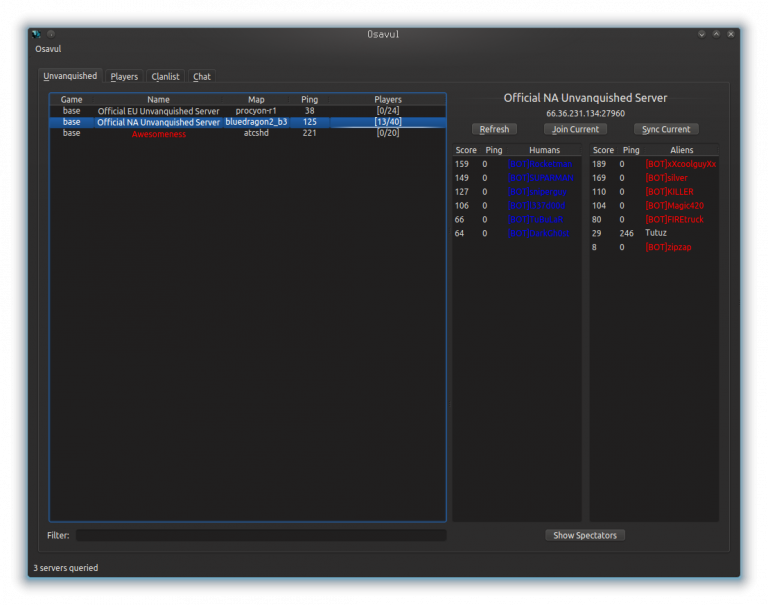 We will likely be adding support for IQM soon, which is a format for models. Currently we use MD5, but it isn’t implemented that well, at least not as much as IQM is. Switching to IQM will make exporting models easier on our artists, and will also allow us to add in a few animation effects that are not possibly with MD5. You may recognize IQM as the file format used in the Sauerbraten engine, along with Warsow and Xonotic.

Translations have been coming along well, with a lot of progress being made over the last couple of weeks. Ukrainian and British English are the first to be finished, while French and German are approaching halfway completion. Remember that as always, you can sign up here and begin translating to the language of your choice. If a language you speak is not listed there, simply ask us to include it by posting in our translation sub-forum. Everyone that contributes to the translation effort will be included as contributors on our credits list.