I’ve been toying with this idea for about a week now. I’m not entirely sure what I’d call it, and for now I’ll just go with “stellar conquest”, but I’m sure that at some point a better name can be picked.

The idea here is that rather than the standard tournament, in which clans are arranged in brackets and proceed to combat each other in a pre-determined fashion, an element of narrative can be involved. Let’s begin by taking an image of the Pleiades, and overlaying a grid onto it. This will be our map for the tournament, and the real thing wouldn’t be a photo, but we’ll work with this for now. Excuse my lack of artistic talent in this mockup. 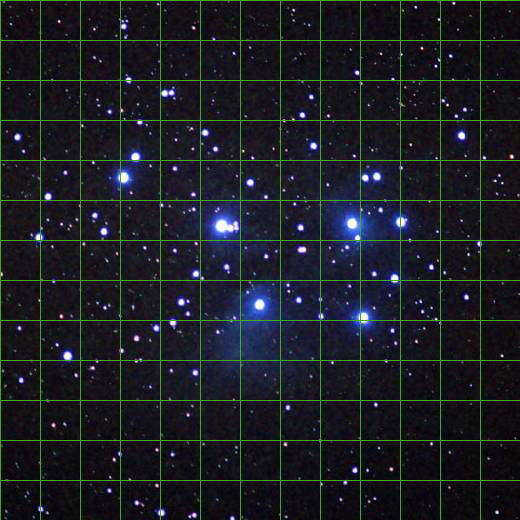 The number of squares on the grid don’t really matter. You can have more or less, depending on the size of the tournament. When a clan registers, they can pick any spot they’d like, as long as it’s at least three to five squares away from a spot chosen by another clan.

In this tournament, there are several “win” conditions:

Now, let’s update the map to represent a few clans having registered. 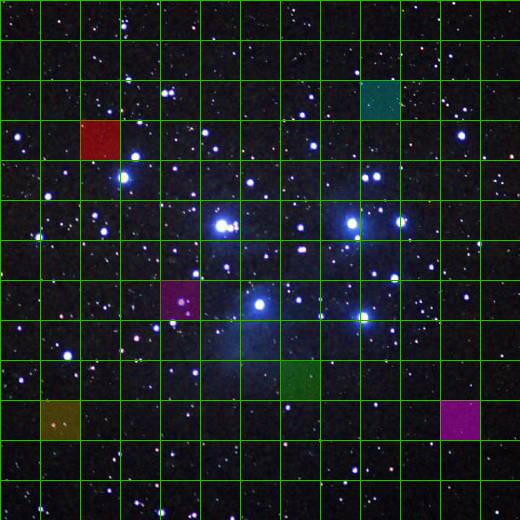 Each clan, as you can see, controls a single square. In the real thing, you’d probably have an icon of a star or a planet to represent your starting point. On each day of the tournament, you can challenge another clan. If you win, you add another square adjacent to a square you control. If you lose, you don’t get anything.

Eventually, clans are going to start coming into contact with each other: 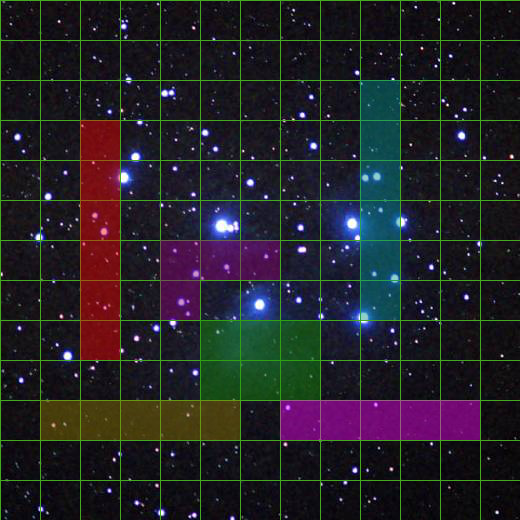 When the controlled region of another clan’s space comes into contact with your own, you must challenge the other clan. If you win, you expand into their zone of control. If you lose, they absorb one of your squares. If a region of your space is cut off from your home planet or star, you lose the region.

To mix things up, you can add in other things. You can form alliances with other clans, for example. If both parties agree to it, you can merge your regions of space and swap members during matches. Also, some squares might have surprises on them, determined prior to the start of the tournament and kept secret until the day that someone tries to advance their territory onto it. Some surprises might be beneficial, others harmful.

Here’s how the map might look at the end of the tournament: 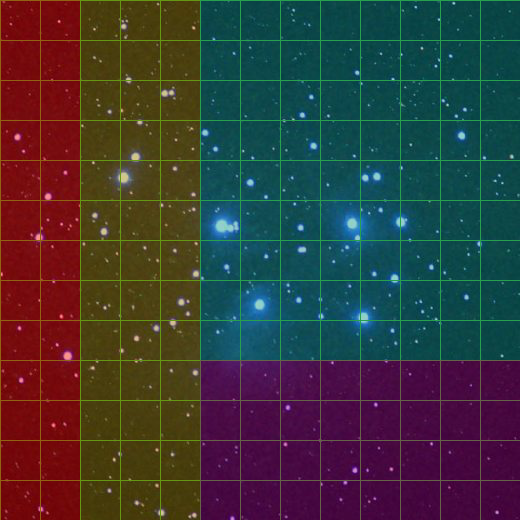 Blue wins. Of course, the actual thing wouldn’t look nearly as ordered as that. In fact, I highly doubt that you’d be able to control the entire map, unless the spacing was pretty large and there were just a couple of clans playing.

The tournament is basically a free-for-all conquest of a grid-lined map. It can be scaled to match the size of the playerbase, and I’m sure that a proper artist can make something far more appealing than my crude mockups.

What do you think?